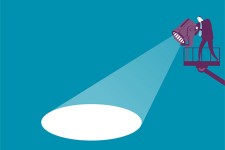 The report by the CMA into the future of motor insurance may have been rightly condemned as being of little or no value, but their decision to walk away from the difficult issues of credit hire, credit repair, and potential profits from subrogated claims presents insurers with a number of both moral and financial dilemmas.

In particular, the ‘non fault income model’ has been the mainstay of many a claims department in recent years and it is primarily the insurers themselves who feed the credit hire mouth that bites them through their demands for ever higher referral fees. The decision by the CMA not to ban those fees nor to even attempt regulation of the excessive hire rates being charged by Credit Hire Operators means that we now have an open, and at least semi-legitimate, market.

So how will insurers react to this legitimised opportunity that, ultimately, they will still end up paying for through higher costs – but that has never been a barrier before to short term tactical decisions by insurers anxious to maintain income streams and reduce costs?

At the same time as pondering this issue we can all admit that profiting from subrogated claims has long been a source of additional income for some insurers and the ‘RSA model’ is merely the latest iteration of a dark art that insurers have previously used to their advantage. Arguably the legal victories secured by RSA and the decision by the CMA to make almost no comment on this, again brings a previously frowned-upon practice into the open and maybe allows for proper scrutiny of costs and operations.

It will take a brave insurer to forsake the income to be earned from credit hire referral fees (estimated by the CMA at up to £328 per claim) and we can expect differential pricing for subrogated claims to become the norm. This latter practice will, in turn, place greater pressure on repairer suppliers and others to be innovative and flexible in their pricing models for their corporate insurer clients. Intermediary accident managers who already indulge in massive differentials between fault and non-fault pricing in order to earn their commissions may well find their market position being squeezed by insurers simply adopting the same practices themselves
It would seem then that the future for insurer and supplier pricing relations is set for change and no doubt it will be the consumer who will suffer in the end – which is exactly the outcome that the CMA was supposedly trying to resolve.

The new battleground for credit hire?

Having baulked at the opportunity to revise credit hire rates we can only hope that the insurers will turn to the issue of excessive hire lengths to limit their costs (although his tactic will, in turn, limit their opportunity for referral fee income so maybe won’t be so welcome).

Question: When does an average accident repair cycle last for 16.3 days?

Answer: It doesn’t. Except when there is a credit hire arrangement running alongside it

Here at Halo we average 1.5 days for the ‘key to key’ time for all repairs

Buried deep in the impenetrable interior of the CMA report is the interesting statistic that the typical credit hire is 16.3 days (and the average direct hire is 13.3 days plus). How can this be?

Here at Halo we average a ‘key to key’ time for all types of repairs of 1.5 days and even allowing a day either side for collection and delivery of a hire vehicle this means a maximum of perhaps 3.5 days in total for a vehicle that is mobile after an accident – and less than 5% of vehicles are deemed to be immobile where hires might need to be a little longer.

One for the courts to look at maybe? In the past credit hire companies have successfully argued that their daily hire charges can be deemed to ‘reasonable’ and the courts have largely agreed with them. Surely a 16 day hire period for a normal repair would be deemed to be unreasonable?

Of course, it is not only credit hire companies that could be challenged on the excessive length of hire – why are insurers continuing to use those repairer suppliers who can only help them to achieve an average 13 day hire period?

Any institution (CHO, insurer or other fee earner) seeking to maximise income from a credit hire demands longer cycle times from non-fault repairs. If captured under a third party scheme that same repair would require minimisation of the cycle time by the third party insurer. For fault repairs the insurer understandably expects the shortest cycle time possible because that is what clients want.

Whatever the scenario, it is the repairer who is caught on the horns of a dilemma – what to do in order to keep everyone happy including meeting their own need for operational efficiency?

In short, the repairer is in a no-win situation unless we legitimise across the whole industry the differential treatment of non-fault customers and (assuming the FCA ignores the core principles of Treating Customers Fairly) we would need to see a new generation of non-fault only repair centre that operates on completely different principles than their fault/captured claim counterpart. Trying to both minimise and maximise repair cycles in the same operating environment with the same staff and the same equipment is an impossible task.

Maybe the concept of non-fault repair centres is a little fanciful – but it is not that long ago that no one thought it possible that insurers would consciously and deliberately seek to profit from subrogated repairs and it only takes one institution to make a decisive move and the rest will surely follow.

However, can we at least concede that as we enter the post CMA period the excuse of ‘we must wait for the report’ is no longer valid and the time has come to move ahead and in the words of at least one management guru: ‘innovate or die’.

Guaranteed quality
This website uses cookies to improve your experience. We'll assume you're ok with this, but you can opt-out if you wish.Accept Read More